Since its opening in March in Touchongxi Grape Park, Yangmei District, it has been loved by many parents and children. The children do not want to go home after playing. They are just a group of climbing game groups in the inclusive playground. One of them resembles a banana. The white long strips are regarded by children as "slides", but they are very strange. How do you play? Arouse public discussion. 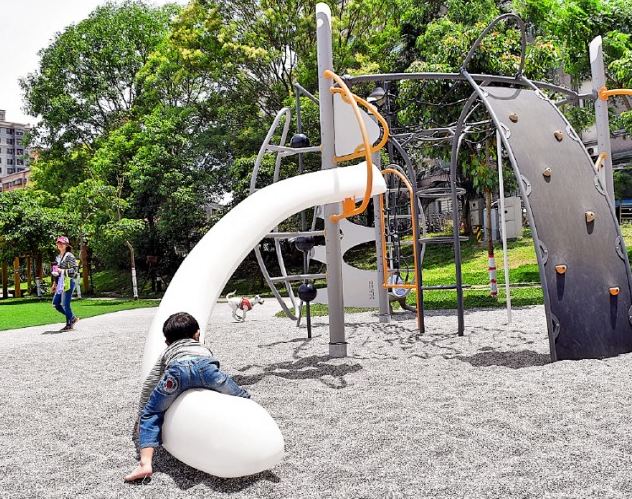 In this regard, the Municipal Works Bureau clarified that this is an LED lamp in the play gear, which emits blue light at night, not a slide, and reminds the children not to slip anymore.

According to the Works Bureau, the Touchongxi Pomelo Park, opened in 2016, is located at Lane 256, Section 1, Ruixi Road, Yangmei District. It covers an area of ??about one hectare. Opened in March, the inclusive playground is equipped with a set of combined swings (parent-child, bird's nest, vertical nets, etc.), a set of LED light climbing sets, a set of bunkers, and two sets of bounce beds, providing a variety of changes, challenge unlimited game space.

The Bureau of Public Works reminded that the LED light climbing group provides different climbing spaces for children aged three to ten years old. They can have fun in the play equipment group. The play equipment includes LED light poles, which can be used as night lighting. The lights are on at 0:30 in the morning and cannot be used as climbing and sliding ladders. Parents who bring children to play should pay special attention to avoid danger.