The Guardian reported that scientists conducted satellite observations in October for five consecutive years and found that from 2012 to 2016, the earth’s outdoor artificial lighting area increased by 2% every year, as did the brightness at night. 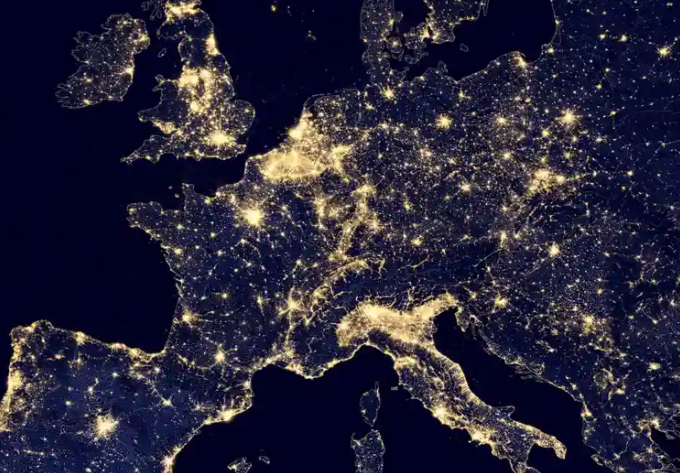 The research team chaired by Germany stated that because the sensors used cannot detect some of the LED lighting, especially blue light, the actual degree of light damage does not stop there. The nighttime lighting levels in the United States, the Netherlands, Spain and Italy are stable. However, the lead author, Christopher Kyba of the German Earth Science Research Center of GFZ, pointed out that if blue light is included, the light pollution in these countries is definitely increasing.

Light pollution spreads inland, and the overall usage is also increasing. This discovery has shaken the inherent belief that energy-efficient lighting can reduce global lighting usage-or at least national usage.

"To be honest, I used to think and hope that LED is the beginning of a change. But in fact, our awareness of light pollution is far from enough." Keba told reporters from Potsdam by phone.

The researchers pointed out that the surge in artificial light also has significant biological effects.

People's sleep may be impaired, which in turn affects health. The migration and reproduction of birds, fish, amphibians, insects and bats may be disrupted. Plant growth period may be abnormally extended. If the trend of light pollution continues to increase, don't even think about looking at the stars or the Milky Way in the future.

Researchers found that the only places where the nighttime light drops sharply are in conflict areas such as Syria and Yemen. Australia also has a significant decline, but this is because wildfires frequently occurred in Australia at the beginning of the study, and researchers were unable to filter out the light caused by burning.

Artificial night lighting has surged in most parts of Asia, Africa and South America.

The impact is not only on electricity bills, but effective lighting is more important

Other particularly bright areas include the expanding greenhouses and dense agricultural areas in the Netherlands.

Another author, Franck Holker, a scholar at the Leibniz Institute of Freshwater Ecology and Inland Fisheries in Berlin, warned that many people use lights at night without considering the true cost. Not only electricity costs, but also ecological and environmental costs.

This study was published in the journal "Science Advances".