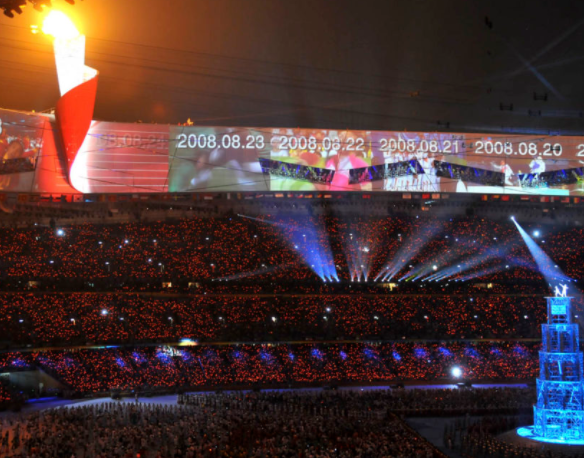 The construction of the National Speed Skating Stadium started in 2017 and will be completed by the end of 2020, and the first ice production will be completed in January 2021. At present, special test exercises for core sports facilities, space, flow lines, and personnel teams are being carried out in accordance with the standards during the competition. At the end of March, ice-making in a venue that meets the Olympic standards will be completed. Event technology, infrastructure, power supply, epidemic prevention and control, etc., must be tested in testing activities.

According to Wu Xiaonan, director of the stadium operation team, secretary of the party committee and chairman of the Beijing National Speed Skating Stadium Management Co., Ltd., during the testing activities, the National Speed ??Skating Stadium will focus on “taking competition as the core and epidemic prevention and control as the basis” for all venues. Conduct a full range of actual combat exercises in related business areas, focusing on competition organization and timing and scoring system, venue operation and command system, competition venue (FOP) ice surface and equipment, equipment and facility operation and support, and cooperation in various business areas and team training and other aspects.

At present, the "Ice Ribbon" is carrying out special test exercises for core sports facilities, space, flow lines, and personnel in accordance with the standards of the game. It will complete the ice-making of the venues that meet the Olympic standards by the end of March, which is the "meeting in April". Beijing’s Winter Olympics ice project testing activities are ready. In order to ensure the athletes' competition experience, the National Speed Skating Stadium has carefully designed the venue lighting system. The entire lighting system is composed of 1088 sets of LED lamps. Each set of lamps can realize intelligent and independent control, with outstanding energy-saving and environmental protection performance, and meets the requirements of top-level competitions and high-definition broadcasting. Multifunctional use after the game and other lighting needs. In order to enhance the spectator's watching experience, the National Speed Skating Hall adopts the air flow organization form of air-conditioning and partitioned air supply to ensure the comfort of spectators. At the same time, the National Speed Skating Stadium has formed a professional support team for electric power, air conditioning, and fire protection, and organized support personnel on the spot to carry out emergency response drills to form a comprehensive support system.

On January 28 this year, the National Speed Skating Hall completed the first production of the "fastest ice". The "Ice Ribbon" selected the environmentally friendly and most sustainable carbon dioxide refrigeration solution. Compared with the use of traditional refrigerants, carbon dioxide refrigeration can improve energy efficiency by more than 20%. At the same time, it is possible to ensure that the temperature difference on the ice surface does not exceed 0.5 degrees Celsius, which is more conducive to athletes to create good results. "It is hoped that through a series of test competitions and test activities, the objectives of inspecting venue facilities, exercising the operation team, figuring out the rules of running the game, running in the working mechanism, implementing territorial guarantees, and test operation command, etc., can be achieved," said Wu Xiaonan.

It is reported that the National Speed Skating Stadium is the first Winter Olympic venue to propose the use of carbon dioxide ice. It adopts an all-ice design and has the largest ice surface in Asia with an ice surface area of about 12,000 square meters. It also adopts a regional ice-making model can meet multiple events such as ice hockey, speed skating, figure skating, curling, etc. at the same time.