A newly opened vertical farm on the outskirts of Copenhagen, Denmark will produce nearly 1,000 tons of green vegetables per year. The "Vertical Farm", which is known as one of the largest in Europe and located in a warehouse in the industrial zone of Copenhagen, the capital of Denmark, has just opened recently. The interior is illuminated by purple lights and is planted. Lettuce, vanilla and kale are about to sprout. 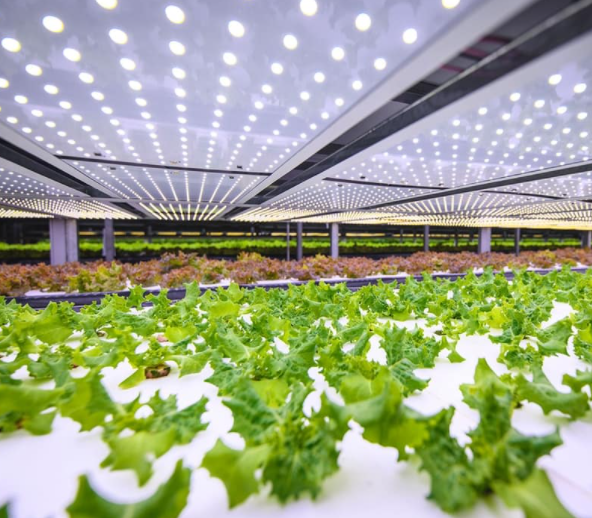 Anders Riemann, founder and CEO of Nordic Harvest, said that about 200 metric tons of crops will be harvested in the first quarter of next year, and the farm will operate at full capacity by the end of next year, with an annual output of nearly 1,000 metric tons. This will make this Taastrup become one of the largest vertical farms in Europe.

The Danish startup Nordic Harvest and the Taiwanese vertical farm technology company YesHealth Group have worked together to create this towering facility. These plants grow on 14 stacked shelves with a total area of ??more than 75,000 square feet and rely entirely on hydroponics and LED lights. It does not even need the aid of pesticides. The energy source is entirely from wind power. Denmark's wind power is second to none in the world. About 40% of the country's electricity is from wind power. Riemann said: "As far as our vertical farm is concerned, 100% of our electricity comes from wind power, which prevents us from emitting carbon dioxide."

Can be harvested up to 15 times a year

The founder of the factory said: "By the end of next year, once the entire factory starts to operate smoothly, the factory will be able to produce nearly one ton of food. The agricultural products in it can be harvested up to 15 times a year, and it is not necessary for any soil or sunlight."

In this era, automated robots are widely used for planting seeds and checking the growth of crops. Nordic Harvest Corporation believes that the emergence of vertical farms may have a significant impact on the global fresh food supply chain. According to a report by "Fast Company", the start-up company believes that the green vegetables grown on this vertical farm with an area of about 20 football fields are sufficient to cover the whole of Denmark, and the vertical farm in Copenhagen will not be the last. It will exist in various regions and even outside Europe and America, and YesHealth Group, a vertical farm technology company in Taiwan, hopes to expand its farms to East Asia and the Middle East market in 2021, emphasizing environmental protection and energy reuse planting methods. At present, this idea is increasing in Asia and the United States. It is flourishing, and the world’s largest vertical farm is in the United States, but this concept has slowly begun to spread in Europe.