Everlight cooperated with the team of Professor Wang Yongsong from the Fisheries Research Institute of National Taiwan University and successfully developed a special LED lamp for grouper, and provided farmers to conduct experiments. Under the irradiation of the special lamp, the residual food of grouper fry was greatly reduced and the loss was reduced by more than 40%, and the survival rate of farmed fry was successfully doubled. 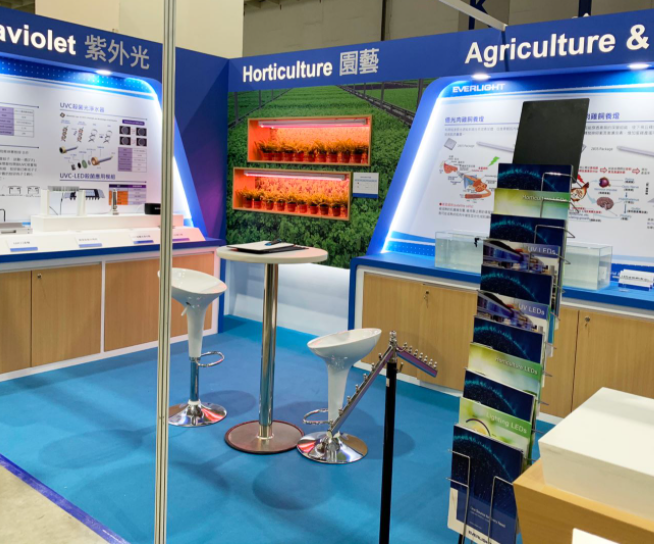 Taiwan is known as the kingdom of grouper, with an annual production of more than 20,000 metric tons. According to statistics from the Department of Fisheries in 2018, the output value of Taiwanese grouper has reached NT$5.09 billion. However, due to the ravages of diseases and abnormal weather in recent years, the breeding rate of grouper is 0~20%, which is still a bottleneck that is difficult to overcome at present.

Grouper fry residues are currently the most difficult dilemma that farmers need to overcome. After hatching 20-60 days after hatching, grouper fry will attack the smaller or sick species, causing death of both fry and 50% in severe cases. More than% of the fry are lost.

In the past, in order to increase the breeding rate, it was necessary to manually divide the grouper fry into several fish sizes with a screen, sieving to 3~5 ponds. This operation needs to be repeated every two to three days. The screening process not only consumes manpower; the screening process also damages the body surface of the seedlings, causing great urgency to the fish and increasing the chance of grouper virus outbreaks.

The Everlight team has recently expanded the illumination to biological agriculture applications such as animal husbandry and aquaculture fishery, and applied the full spectrum of LED wavelength adjustment technology to poultry, fish and shrimp aquaculture, and developed special lamps that can effectively reduce the residual food of grouper fry.

The research results of Professor Wang Yongsong’s team at National Taiwan University show that the survival rate can reach 85% under the irradiation of special lamps, while the survival rate of the natural light group is only 65%. The study found that fish irradiated by a specific wavelength of light have a lower residual food rate. Compared with other wavelength light sources, it also reflects a higher survival rate. Farmers said that in the past, in order to reduce the residual food of the fry, blocking all the light in the farm, not only the fry grew slowly, but also caused other diseases. In the end, the fry still cannibalize each other. After installing special lamps, the loss of fry is greatly reduced and the operation becomes easier.