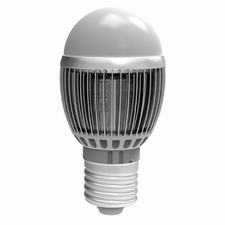 In accordance with the power to divide, LED bulbs can be divided into: low power (mainly for the production of 5mm LED) and high-power led bulb (mainly 1W, 3W, 5W LED production even). Meanwhile, the market, there are also super power (eg, 50W of LED lighting), but this has not been market tested, also might not have a great market.

Among them, the low-power LED spotlights, bulbs for the first design and manufacture of LED bulbs, have large-scale use, but the quality is good and bad. These lamps are mainly sold in foreign retail website.

Overall, LED bulbs currently on the market, whether manufacturers, buyers or end-users are not professional, and so most of their experience or just the appearance of subjective to judge product quality is good or bad. In the case of identical appearance, price plays a dominant role.