The application of LED plant lighting will shine in the cultivation of industrial hemp. Agrify Corporation, a company held by Inventronics, will be listed on the Nasdaq Stock Exchange on January 28, US Eastern Time. The LED plant lighting market behind Agrify, catalyzed by the legalization of cannabis cultivation and the new crown epidemic, has grown into one of the fastest growing lighting applications. 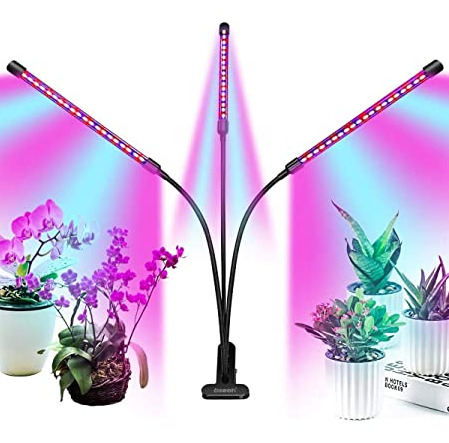 In a previous interview, Agrify CEO Raymond Nobu Chang said that more and more growers are concerned about sustainability, quality and daily cost control, and are interested in the solutions provided by the company.

Due to the legalization of cannabis cultivation and the impact of the new crown epidemic on the food supply chain, plant lighting LED has become one of the fastest growing lighting applications.

According to TrendForce's Optoelectronics Research Office, investment in indoor planting agriculture is heating up again, equipment replacement and new demand are rising. Since the second quarter of last year, plant lighting LED business orders have grown rapidly. It is estimated that the global plant lighting LED market will grow by 39.7 annually in 2020 %.

At present, LED plant lighting has been widely popularized in developed countries and regions such as the United States and Japan. According to statistics, it is estimated that by 2021, the global LED plant lighting system market will exceed 2 billion U.S. dollars; and China has become the fastest growing country for plant factories in the world. By the end of 2020, there are more than 220 plant factories of various sizes.

At present, A-share LED companies generally have related businesses involving LED plant lighting. According to the analysis of Tianfeng Securities, among the enterprises in the field of LED plant lighting, from upstream chips to packaging devices, to lamps and even systems, they have been fully deployed.

On the upstream chip side, San'an Optoelectronics has a complete layout. San'an Optoelectronics and the Chinese Academy of Sciences have invested 7 billion in installments to build the first domestic plant factory by cross-border "photobiology". Relying on the core "light formula" and independently developed cultivation equipment, it has realized Agricultural technology innovation, LED technology landing application. The reporter also visited the San'an Optoelectronics Plant Factory. The main cultivated crops are mainly broad-leaved vegetables with high economic value or low pollination difficulty, which are supplied to high-end hotel restaurants and consumption in large cities.