Romania is one of the "granaries" in Europe, and its grain production has been among the highest in Europe for many years. However, due to factors such as low production efficiency and single production varieties, Romania needs to import a large number of cash crops and fruit and vegetable products from abroad, and the income of farmers is not satisfactory. In recent years, Romania has set its sights on international cooperation in the field of agriculture. More and more agricultural experts advocate improving the country's agricultural production structure, increasing the scientific and technological content of agricultural products, and finding new sources of income for farmers. In the experimental field of the University of Agricultural Sciences and Veterinary Science in Bucharest, Romania, there is a jujube tree from Shaanxi, China. Since taking root here in 1996, Romanian agricultural experts have grafted and cultivated more than a dozen new varieties on this jujube tree. Romania has also been in the forefront of introducing Chinese jujube trees to Europe. 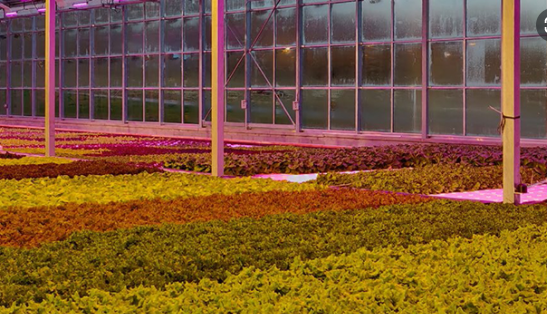 According to the vice-principal of the school, Florin Stanica, the mountainous areas in southern Romania have poor soil and arid climate, and local farmers are facing greater difficulties in increasing their income. "China has succeeded in increasing farmers' income and improving the ecological environment by planting cash crops in arid regions. This has inspired us a lot." Over the past 20 years, Staneka has been committed to introducing and cultivating Chinese date trees. "Chinese dates have high nutritional content and economic value. We hope that through cooperation with China, we can introduce this fruit to Europe and promote its cultivation in Romania, so as to find a new way for farmers in poverty-stricken areas to increase their income." Stanica said. With his efforts, the world's first international joint laboratory in the field of Chinese jujube research settled in Romania, and some farms began to promote jujube planting on a trial basis. In October last year, Bucharest University of Agricultural Sciences and Veterinary Medicine, Hebei Agricultural University, and Romanian Horticultural Society jointly organized the "Jujube Symposium 2020" online, which became one of the highlights of Sino-Romanian agricultural cooperation during the epidemic prevention and control period.

"Agricultural science and technology innovation is the fundamental driving force for the development of modern agriculture and the realization of prosperity for farmers. Today, with the continuous and in-depth development of globalization, only by strengthening the exchange and cooperation of agricultural technology between different countries and the exchange and flow of different markets can we promote the reasonable allocation and long-term development of agricultural resources in various countries.” Stanica said. In this university, there is a greenhouse vegetable shed that stands out. This is the first China-Romanian Agricultural Science and Technology Park jointly built by the Institute of Agricultural Environment and Sustainable Development of the Chinese Academy of Agricultural Sciences. There are a 50-square-meter smart LED plant factory and a 500-square-meter light and energy-saving solar greenhouse in the park. The intelligent LED plant factory uses LED energy-saving light sources and shallow liquid nutrient solution three-dimensional cultivation techniques. The cultivation area is 150 square meters and the annual output of leaf vegetables is 4000 kg. Light and simplified energy-saving solar greenhouse adopts active heat storage and release temperature adjustment, embedded soilless cultivation and other technologies, which can produce more than 8,000 kg of fruits and vegetables per year.

Solina Petra, head of the Flower Experiment Department of the Zhongluo Agricultural Science and Technology Park, said that the improved greenhouse can adjust the temperature in winter by using light energy, and the cost of construction and operation is greatly reduced. Improved greenhouses have made it possible for Romanian farmers to grow fruits, vegetables and flowers in winter, helping to promote the optimization of local planting structures. " China's agricultural development has made amazing achievements. Romania and China have strong complementarity in agricultural cooperation, especially China's rural poverty alleviation experience and agricultural technology innovation models, which are worth learning from." Petra Say.