According to the China Times News, indoor farming (vertical farming) has been favored by venture capitalists in recent years, introducing hundreds of millions of dollars. 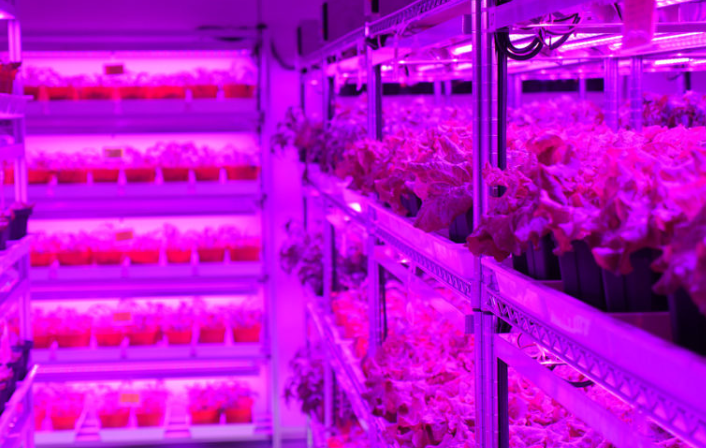 Vertical agriculture is the cultivation of crops indoors on multiple vertical shelves like bookshelves, much less than the space and irrigation water required for traditional outdoor field planting methods. In an alternative way, the industry subverts traditional farming methods, such as discarding the soil, changing the vertical plastic tower to plant crops, and no longer relying on the sun, but with LED lights.

Infarm, a German startup in Berlin, recently raised $100 million in Series B financing, led by venture capitalist Atomico Partners. Hiro Tamura, a partner at Atomico Partners, will join the Infarm board of directors.

Together with this latest round of fundraising activities, Infarm has raised $135 million (equivalent to approximately RMB 930 million). Infarm was founded in 2013 by CEO Erez Galonska and his brother.

It has about 250 employees and has offices in Switzerland, Luxembourg, Germany and France. The company plans to expand its business to the UK in September this year and enter the US market next year.

Infarm CEO Jaron Sika pointed out that indoor agricultural technology can simplify the food supply chain, planting crops in urban areas close to consumers and retail distribution pipelines, and also help to lower prices. Infarm even has an example of moving a vertical planting tower directly into a supermarket.

In addition, UK online supermarket Ocado announced that it has continued to invest 17 million pounds (equivalent to approximately 147 million yuan) in the vertical farm industry, while acquiring a majority stake in Jones Food, the largest vertical farm in Europe.

In fact, the company has also established a joint venture called Infinite Acres with 80 Acres Farms, which is engaged in vertical farming, and Priva Holdings, an industrial horticultural system vendor.

Ocado claims that vertical agriculture is a sustainable business because it can choose to grow crops near supermarkets and distribution centers, allowing consumers to buy the freshest ingredients and reduce the cost and time of transportation. Benefit from.

Ocado foresees that one day, consumers can buy fresh fruits and vegetables that are harvested and packaged in a matter of hours, because the vertical farm is close to the point of sale.