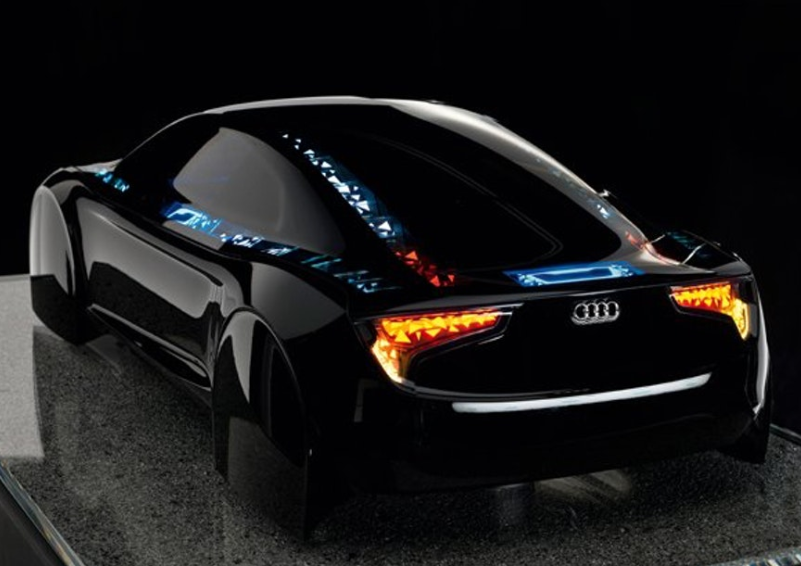 OLEDs emit light by applying a current to an electroluminescent layer composed of tiny organic molecules or polymers, which can be fabricated as rigid or flexible film sheets. OLEDs are ideal for applications where light needs to be evenly distributed, such as digital displays for screens and smartphones. Figure 1 shows a typical OLED structure with an emission layer for emitting red, green and blue light in addition to the electron and the hole transport layers.

When a voltage is applied to make the anode positive with respect to the cathode, electrons flow through the OLED. The electrostatic force in the OLED causes electrons and holes to face each other, and when electrons are combined with holes, light is emitted.

OLED luminous efficiency is significantly behind that of inorganic LEDs. According to reports, it can reach 60-90 lumens/watt in mass production. Commercial LED bulbs range from approximately 100 lumens per watt to greater than 200 lumens per watt. As with inorganic LEDs, a balance needs to be struck between OLED luminous efficiency and color rendering. Similar to inorganic LEDs, OLED lumens decrease as the operating current changes, and also decrease during storage (the culprit is the presence of oxygen and moisture).

OLEDs have been widely used in the display market to replace LCDs. Although liquid crystal displays have been around for more than 20 years, OLEDs have only been around for five years. Both are flat panel display technologies that address the pixel matrix through the backplane. Red, blue and green light sources are included in each pixel and can be manufactured in a variety of sizes. However, there are also big differences between the two.

Although OLEDs require more complex circuit structures, LCDs require more optical layers. LCD displays require backlighting, while OLEDs do not. Furthermore, as described above, OLEDs have advantages in the production using flexible substrates. For these reasons, OLEDs are becoming the preferred display technology.

The DSCC predicts that by 2022, OLED will outperform LCD technology in the smartphone market, thanks to its flexible form factor, including foldable displays using OLEDs.

In addition to display applications, the recently developed technology innovations of the EU-funded Horizon 2020 research project can reduce OLED manufacturing costs by 90% to the cost of inorganic LED lighting products. These innovations include the use of planar flexible steel as a production substrate, transparent top contacts, and thin film packages, making OLED production no longer dependent on glass substrates and packages. Although this new production technology has not yet been introduced, potential applications are expected to include general lighting, automotive lighting, and even wearable.

Recently, with the support of the European Lyteus project, which aims to promote the commercialization of OLED technology, the Holst Center in the Netherlands and Fraunhofer FEP in Germany have disclosed innovations in production methods, claiming to have produced the longest OLED in the world. (15 meters). This demonstration makes it possible to customize "tailor-made" OLED lighting to suit a variety of applications from transportation to interior design. However, the main drawback of this technological innovation is the luminous efficiency, which is only about 15 lumens per watt, even for OLED technology.

Finally, in the field of general lighting, the US Wegmans Foods Supermarket announced earlier this year that in order to provide customers and employees with a better lighting environment, OLEDs/LEDs will be installed in some stores and the company's hanging luminaires at its headquarters in Rochester, New York. Lighting combination. The OLED components of this hybrid luminaire will be manufactured by OLED Works, the only OLED lighting manufacturer in the United States.

OLED lighting, which has been widely used in display products, is now entering the other lighting market. At present, production costs and luminous efficiency are the main obstacles to the popularization of OLEDs, but related research is ongoing and it is expected to eventually overcome these limitations. I look forward to seeing OLED lighting products coming soon.