With the support of the EPSRC QuantIC research program in the UK, a team from the Photonics Institute of the University of Strathclyde and the Bristol Robotics Laboratory has developed a new method for photometric stereo imaging: from a fixed camera perspective and different direction of illumination creates a 3D image. This marks an improvement in photometric stereo (PS) imaging technology. 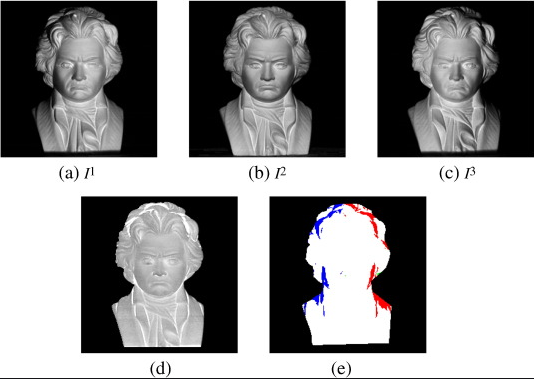 This team is committed to exploring the potential functions of LED lamps in the early research. In 2018, they put forward the concept of "lighting as a service": LED provides imaging lighting and visible light communication, 3D imaging is used to automatically monitor activities in an area, and at the same time provide wireless connections for robot agents in the same space.

In theory, if PS imaging technology is effectively used, it can be used for process control, robot navigation, security and monitoring applications in public places, and structural monitoring.

However, the reality is very skinny. The inherent complexity of traditional PS technology prevents it from being effectively used in the existing building infrastructure: first, it needs to be compatible with PS special lighting in indoor or outdoor lighting devices; second, it needs to use a lot of cables to connect the camera and light source handover with each other to synchronize the lighting system and the image acquisition system.

If the difficulties of practical operation can be overcome, PS imaging technology can pave the way for 3D imaging to enter industrial or security applications, bringing more direct visualization methods.

This difficulty was overcome by the University of Strathclyde in the United Kingdom. According to a study published in The Optical Society (OSA) magazine Optics Express, the researchers showed that 3D optical imaging can be performed with mobile phones and LEDs, compatible with standard lighting infrastructure, and does not require artificial synchronization of cameras and lighting.

The researchers found that when objects are illuminated from top to bottom but imaged from the side, 3D images can also be reconstructed. This arrangement allows the overhead light source to be used for lighting.

Le Francois, a PhD student in the research team, said: "As far as we know, we are the first system to combine a top-down lighting system with side image acquisition, where the light modulation is self-synchronized with the camera. We hope to eliminate the connection between the light source and the camera, which makes photometric stereo imaging easier to deploy."

In order to synchronize fiber acquisition and lighting, the researchers also developed algorithms that modulate each LED in a unique way. This is like a fingerprint that allows the camera to determine which LED produced which image. The new modulation method also carries its own clock signal, which is passively detected by the camera, and allows the image capture to be self-synchronized with the LED. Use handheld mobile phone camera to record imaging data, and then automatically use the team's algorithm to process into 3D images.

Demonstration of a small sculpture printed with matt material

To demonstrate this new method, the researchers used their modulation scheme with a photometric stereo setup based on commercially available LEDs: a simple Arduino board provides electronic control of the LEDs, and the high-speed video mode of a smartphone provides image capture. The demo object is a small statue of 48 mm high. This figurine was 3D printed by them with matte materials to avoid any shiny surface that might complicate imaging from affecting the presentation.

After determining the best positions for the LED and smartphone, the researchers achieved a reconstruction error of only 2.6 mm when imaging the figurine from 42 cm away. This error rate shows that the quality of the reconstruction is comparable to other photometric stereo imaging methods. They were also able to reconstruct an image of a moving object and showed that the method is not affected by ambient light.

The project pointed out in its published paper: "These efforts make PS imaging need not be synchronized, reduce flicker, and achieve compatibility with ceiling lighting and wall-mounted and mobile cameras. In this case, PS imaging will be compatible with light. Fidelity (LiFi) networks or visible light positioning (VLP) coexist, using the same LED lamps to achieve all these functions as well as general lighting."

Le Francois added: "Deploying a smart lighting system indoors allows any camera in the room to use light and retrieve 3D information from the surrounding environment. LEDs are exploring more application areas, such as optical communication, visible light positioning and imaging . This is not nonsense."