The application of LED lights in plant lighting, combined with vertical farm technology, can turn the idle space in the city into an agricultural production base. A start-up company based in Paris, France, uses agricultural technology to grow mushrooms in underground parking lots, providing fresh agricultural products to the urban population nearby, shortening the distance from farmland to dining tables. 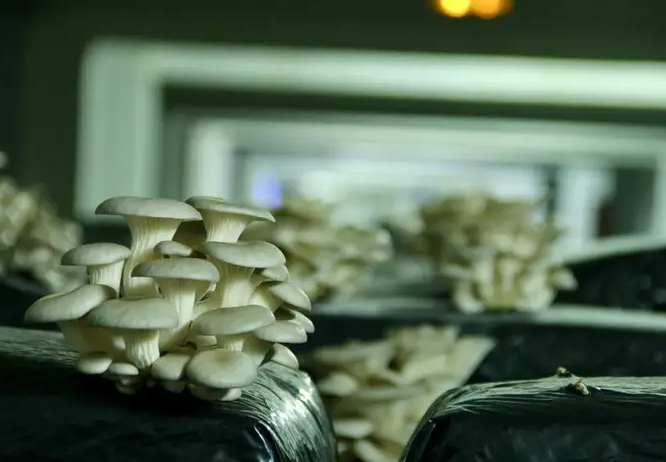 It is reported that the Paris government built a lot of underground parking lots in the 1960s and 1970s, but as the number of people driving decreased, these spaces were left unoccupied. The French start-up company La Caverne chose to use the urban farming plan in Paris Organic mushrooms and vegetables are grown in the underground parking lot.

La Caverne was founded by engineer Jean-Noel Gertz and agronomist Théophile Champagnat. They had previously carried out a farming experiment project in an idle munitions storage room in Strasbourg, France in 2017, and then moved to Paris with an improved farming system, renting an unused building in a building to a local social organization. Underground Parking Lot.

This farm located in the underground parking lot covers an area of 3,500 square meters of underground farms, where La Caverne erected LED lighting fixtures and used hydroponics to produce mushrooms and other lettuce and herbs that require less sunlight. Can produce 54 tons of crops. Harvested agricultural products are sold directly to consumers, restaurants or small supermarkets, and residents of social housing on the underground car park can also enjoy preferential purchase prices.