The report pointed out that benefiting from the policy promotion of various countries and the mass introduction of LED plant lighting equipment in the North American medical and recreational cannabis cultivation market, the global plant lighting LED market will show explosive growth in 2020, with an output value of 301 million US dollars, an annual increase of 57%. . And this wave of growth momentum will continue to this day (2021). It is estimated that this year’s output value will reach 399 million US dollars, an annual increase of 33%. 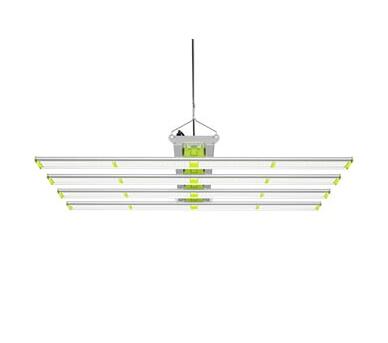 However, it is worth noting that in the third quarter of this year, LED red light chips for plants were squeezed out by automotive and infrared LED market demand and there was a shortage, especially in high-end chips. At the same time, power driver ICs are still out of stock, and the demand for plant lighting LED terminals has been suppressed. In addition, delays in shipping schedules and North America’s crackdown on illegal indoor cannabis growers have also affected the performance of terminal product shipments, causing some LED plant lighting manufacturers to slow down their production plans and material stocking efforts. However, LED manufacturers remain optimistic about the current market situation. Although changes in the general environment in the short term will have an adverse effect on market demand, they believe that the situation will be improved by the end of the third quarter.