Past work by the MIT team has created plants that send electrical signals when water is needed, spinach that can be used to detect explosives, and cress that glows in the dark. 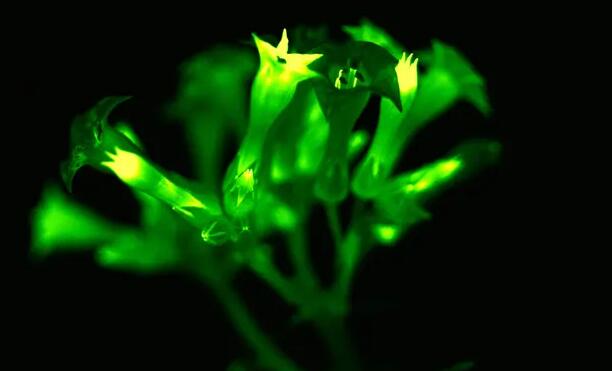 While the last item is interesting, its ability to emit light isn’t exactly bright enough to describe it – on the same scale as those plastic glowing stars that many of us stuck to the ceiling as children, it doesn’t help the end use case of passive lighting.

Now, researchers have boosted the brightness to a more practical level. The key is to switch the light-emitting components from luciferase and luciferin – the phosphor materials that make the fireflies glow. These materials absorb and store visible and ultraviolet light and slowly release it in the form of phosphorescence.

In this case, the team used nanoparticles made of strontium aluminate as phosphors and coated them in silica so that they wouldn’t damage the plants. These particles are then injected through pores in the leaves and eventually accumulate in a layer called the midlobe.

The plants will glow green when exposed to light from the sun or LEDs. The research team tested the technique on a range of plants, including cress, tobacco, basil, daisies and elephant ears, and found that just 10 seconds of exposure to blue LED lights made the plants glow for up to an hour. As might be expected, the light was at its brightest for the first few minutes, then dimmed for the next hour.

This light is 10 times brighter than previous technologies, and importantly, the implantation of the nanoparticles did not impair the normal functions of the plant, such as photosynthesis and evaporation of water through its leaves.

The ultimate goal, the team says, is to try to develop light-emitting plants that can be used to passively illuminate streets or other public areas, reducing the energy consumption required by street lights. The next step toward this goal is to combine the new strontium aluminate nanoparticles with an earlier luciferase enzyme, hoping to make the glow brighter and longer.

If living plants can be the starting point for advanced technology, plants could replace our current unsustainable urban electricity lighting grids, benefiting all plant-dependent species – including people. The research was published in the journal Science Advances.